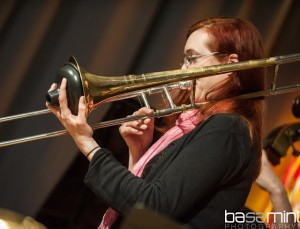 Shannon Gunn recently earned her Masters of Music in Jazz Studies from George Mason University in Fairfax, Virginia. At GMU, she had the opportunity to play lead trombone in the GMU Jazz Ensemble as well as  perform with such great musicians as Harry Watters, Jim Carroll, and Kenny Rittenhouse. She also attended James Madison University and Michigan State University for her music studies. She has studied trombone under Harry Watters, Wycliffe Gordon, and Jeannie Little. While playing lead trombone at Michigan State, she had the opportunity to play with Billy Taylor, Rodney Whitacker, and Wycliffe Gordon. She currently plays every Monday night with the Bohemian Caverns Jazz Orchestra, as well as various smaller ensembles in the area. As the music technology teacher at Woodbridge Senior High School, she teaches high school students how to create, record, produce, and market their own music through the Center for Fine and Performing Arts. Shannon Gunn has performed with the Metropolitan Jazz Orchestra, Brad Linde Ensemble, Reunion Music Society, American Festival Pops Orchestra, Swing Shift Big Band, Northern Lights Big Band, James Bazen Jazz Band, Manassas Chorale, and Loudoun Jazz Ensemble. She is currently working on heading up her own all-women jazz orchestra Shannon Gunn and the Bullettes. She resides in Bristow, VA with her husband, Timothy, and her dog, Faith. 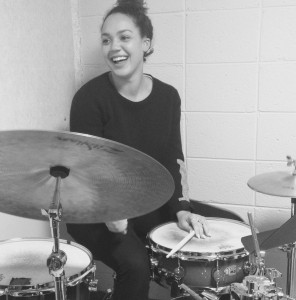 Up and coming drummer Savannah Harris, journalism major at Howard University, is a student of the music. She is known for her upbeat spirit, her time, and her wide beat that has made her first call for many band leaders in the DC metro area. Hailing from Oakland, CA, she played with Geri Allen at the All-Female Jazz Residency through the New Jersey Performing Arts Center and Montclair State University during the summer of 2014. 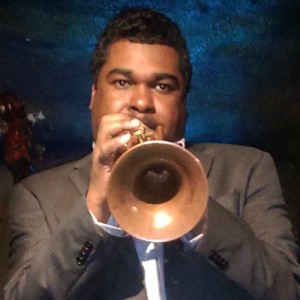 Donvonte’ McCoy is a world renowned trumpeter. A native of Washington D.C. , Donvonte’ soon found himself in New York city studying music . He began his Jazz career officially with the Lionel Hampton orchestra. Since then, Donvonte’ has performed with many other top names. These include Curtis Fuller, Ellsworth Gipson, and Joe Chambers to name a few. As an educator, Mr. McCoy has held positions in public schools as well as the conservatory. These days are more focused on band leading duties and live performances. The Donvonte’ McCoy quintet has been a regular treat at Washington D.C.`s own Eighteenth Street Lounge . 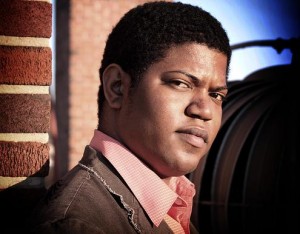 Samuel Prather is an exciting and multifaceted pianist, drummer, and vocalist born and raised in Washington DC. Sam has developed a reputation in the local music scene performing and producing with all types of acts. While clearly versed in Jazz, he’s also fluent in the language of Funk, Gospel, Brazilian, Latin, NeoSoul, and dance music from around the world. His sophomore offering is Groove Orchestra which is an attempt to do to groove, what the great jazz orchestras of the Golden Age did for jazz. The 2012 Student Downbeat Award recipient graduated from the masters program at Howard University recently where he collaborated with it’s award winning vocal group Afro Blue. That collaboration led to two of its vocalists Christie Dashiell and Micah Robinson, singing on his smooth duo arrangement of the Jackson 5 hit “I Wanna be Where You Are”.

The DC area is full of talented players that might not be in the limelight as leaders, but populate the world’s tour scene. Upright bassist Kris Funn (Kenny Garrett,Christian Scott), guitarist Samir Moulay (Macy Gray, Lonnie Liston Smith), and saxophonist Elijah Balbed (Larry Willis, Chuck Brown) are examples of that and anchor the powerhouse band on the record.

What this record sounds like is a band that occupies the intersection between Snarky Puppy, Robert Glasper, and the Joshua Redman Quartet. The barriers of jazz, funk, latin, brazilian, afrobeat, r&b, soul, hip hop, and modern gospel are all being broken by this band in a way that respects the traditions of the different styles without being confined by them.

James Brown fans should keep an ear out for “Blues for Clyde”, a lively tribute to James Brown’s iconic drummer with a modern twist. Neo soul fans are sure to love the D’Angelo and Stevie Wonder inspired “Time Flies”. Another strong vocal performance is delivered by Shacara Rodgers on the ambitious reworking of Nancy Wilson’s hit “Never Will I Marry”. The band really takes center stage on the instrumental tribute to Snarky Puppy and Fela Kuti “Fela Snarky”. The tune also gets a great guest performance on harmonica by Fred Yonnet (Prince, Stevie Wonder)

It would be easy for all these different genres to sound disjointed and arbitrary, but the consistently inspired arranging, and airtight performances by the band make it all seem like they always belonged together. This record sounds like nothing we’ve heard before, but at the same time feels extremely lived in because we grew up dancing to all the separate ingredients. In doing so, this record brings jazz back out from the concert hall and back to the people. Let’s G.O.! 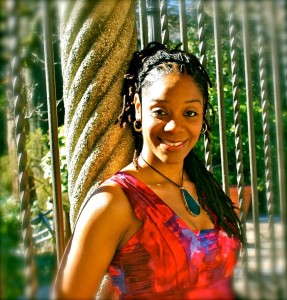 Jessica Boykin-Settles began her musical studies as a voice major at the Duke Ellington School of the Arts. By her senior year she was the featured vocalist in the school’s jazz orchestra. Upon graduating, she continued her musical pursuits at New School University in New York City. There she had the opportunity to study under the tutelage of great musicians such as Reggie Workman, Junior Mance, Cecil McBee, Arnie Lawrence, Buster Williams, Sheila Jordan, Janet Lawson, Teri Thornton and Dr. Richard Harper. During her stint in New York, Jessica led her own band and had the opportunity to work in a variety of venues in and around New York City. In 1997, Jessica represented the New School University Jazz and Contemporary Music Program at the International Association for Jazz Education (IAJE) Annual Conference in Chicago, Illinois and the International Association of Schools of Jazz (IASJ) Annual Meeting in Siena, Italy.

In May 2004, Jessica Boykin-Settles received a Master of Music degree in Jazz Studies from Howard University in Washington, DC. While there, Jessica sang with Howard’s premier vocal jazz ensemble Afro Blue, under the direction of Connaitre Miller. After graduating, she spent seven years teaching and mentoring students in the Howard University music program. After taking a two-year break to pursue her singing full time, she is back teaching at Howard University as well as directing the Education Program for the DC Jazz Festival. She also teaches and mentors youth with the Washington Jazz Arts Institute under the direction of Davey Yarborough, and conducts workshops and performs with her quartet throughout the Washington, DC metropolitan area.