Martucci continues to cultivate an original and interpretive drum style that is both supportive and interactive, reflecting his deep understanding of the jazz tradition and his vast stylistic influences. Tony is a skilled accompanist and a soloist of unusual melodic depth.

Tony’s extensive discography includes four critically acclaimed recordings under his own name: “EARTH TONES” (which earned a spot on the Jazz Times Critics Pick Best of the Year), “COLLAGE”, “LONG STREET CHARM” (rated four stars in Down Beat magazine), and the most recent, “LIFE IN HAND,” included by  The Washington Post in its list of the best recordings of 2011. In addition to leading his own ensembles, current projects include The Jazz Update, The Victor Haskins Group, Glenn Wilson, and Virginia Commonwealth University’s Mary Morton Parsons Jazz Masters.

Martucci has been a professor of music at The College of William and Mary and The University of Maryland. Tony currently is an adjunct professor of music at Virginia Commonwealth University, where he teaches drum set, Latin percussion, and small jazz ensemble. Tony is also a teaching artist for the Washington Performing Arts Society, The Capitol Jazz Project, and the Kennedy Center Jazz Outreach program in Washington D.C. 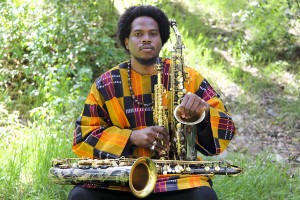 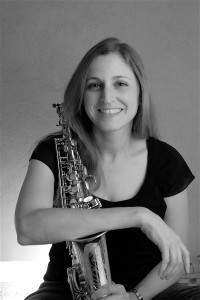 Michelle Acton enjoys an active music life of many styles, including wind band, big band, chamber ensembles, and rock. Her primary job is as a member of the United States Army Band, “Pershing’s Own.” She also is a member of Great Noise Ensemble, a DC-based group that champions the performance of contemporary music. In addition to these commitments, she has performed on numerous occasions with the Washington Saxophone Quartet and the Chesapeake Orchestra and Big Band, and she has played with Aretha Franklin, Ray Charles, and others. Michelle earned a Bachelor of Music Education degree from Baylor University and a Master of Music Performance from the University of North Texas.